"do we transform mere power into justice?"

My eyes went straight to her. The girl in the forefront. At first glance you notice her face, her soft features. Then, her thin arms. Her long legs covered by her skirt scrunched up a little on the side. Her eyes are downcast. Her thick black hair is tied back, but wisps of it still fly about her face. Her shoulder is turned inward in a childlike pose. Undeniable is the fact that she is pregnant. Her belly is swollen. She seems so young; too young. Others like her stand beside her. Barefoot. The expression on her face and the countenances of the others is indescribable in so many ways. It is the complete and polar opposite of the cheshire grin lurking behind them all. A Japanese soldier stands at the back of the groupーgrinning. This image is part of a photo within The War and Women's Human Rights Museum in Seoul. The soldier's grin is an eerie reminder of how dehumanizing imperialism and colonialism can truly be. As author M.B. Dallocchio states in her book The Desert Warrior,

“that seductive aroma of unchecked power was more than enough to commit genocide and mass sexual assault while unashamedly carrying their nation’s flag,”

and her words echo the haunting reminder of the devastating effects the mentality of conquers has. In visiting this lieu de mémoire (site of historical memory) at The War and Women’s Human Rights Museum, along with other places of memory such as Seodaemun Prison (서대문 형무소), Ahn Jung-geun Memorial Hall (안중근의사기념관), The War Memorial of Korea (전쟁기념관), show that remembrance is paramount. By definition “a lieu de mémoire is any significant entity, whether material or non-material in nature, which by dint of human will or work of time has become a symbolic element of the memorial heritage of any community;" and these sites of memory exist today in the form of monuments, famous human icons, buildings, and artifacts. The symbol of a handprint with a finger cut off is as much a lieu de mémoire as the statues and artifacts that remain of the man who used that handprint as a signature, the revolutionary Ahn Jung-geun. Likewise, the stories of the comfort women kidnapped during Japanese imperialism also serve as a collective site of memory. Memory across the globe trends now towards the symbolic.

“Comfort women, not a problem to solve, but the history to remember” read the text on the projected slide posted by presenters at the Seoul National University Institute for Peace and Unification studies. This statement gets to the heart of why relations between South Korea and Japan remain frigid more than seventy years after the end of Japanese imperial rule. In our discussions with Seoul National University students held in their Institute for Peace and Unification Studies, an overarching theme became clear. While our group had walked in solutions-oriented, an overwhelming amount of thoughts and the presentations from the Seoul National University students revolved around the idea of resetting that agenda and instead “remembering” first and foremost. It appears that too often, former colonial or imperial powers refuse to remember or hear the memories of the oppressed and healing is blindly and vainly sought by the oppressor through “solutions,” usually in the form of some physical reparations. Yet, money cannot heal wounds, nor can it make a nation forget. One cannot solve something that is unsolvable.

Giving voice to the memories is a “call for justice”. Presently, around the globe, interest regarding memory has peaked resulting in an “upsurge in memory” through “lieux de mémoire.” This has lead to a broadening of the usage of memory. Rethinking peace studies requires a memory that at its center is representative of individual voices and stories. Harkening back to a more traditional view of memory is a call for an upheaval of power structure, for justice, and to broaden narratives which are told. As an American, I compare my own country’s dark past of colonialism and history as oppressors. I begin to see the smiling soldier’s face from the photo as a frightening mirror. His countenance reflected a nightmarish nonchalance, one that could be repeated if memories continue to be neglected by the perpetrators of oppression. Ethnocentric evaluations of another culture, swift judgements, ignoring traditionsーinsidious drops of privilege from which stems depravity.

Power over another and the suppression of equality can lead to a multitude of terrors. No excuses, apologies, or solutions exist to heal memories of the past. Instead, can memory be a transformative agent against that power and how then “do we transform mere power into justice?" Perhaps the first step is to remember together.

About the author
Kalika Kastein
She earned her Master of Science in Education from Johns Hopkins University. As a certified teacher in the state of Hawaii (U.S.A.) in both Elementary Education and Special Education, she has been teaching and working in educational organizations working towards peace and equity for over five years. 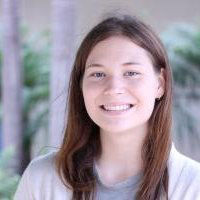 Fill out the form below or email us at: adpacem.icu@gmail.com

Thank you for filling out the form! We will get in touch with you shortly.